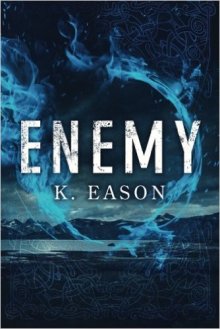 Today we have an excerpt to share with you. This book has been winning awards and is from a debut author. Enjoy!

The Illhari Republic rests on the bones of gods, telling tales of conquest and forgetting its once-bloody devotion to its most powerful goddess. Snowdenaelikk, half-blood conjuror and smuggler, cares less about history than the silver she can win with sharp metal and sharper wits. But when the local legion blames her for burning a village, an outlander with a sense of honor intervenes, and Snow finds herself tangled in politics and an unwelcome partnership.

Snow and her new partner, Veiko, together with the legion scout Dekklis, uncover a conspiracy that will destroy the Republic from within. It seems that the goddess is back from wherever dead gods go. She has not forgotten the Republic, and she wants revenge.

Loyal Dekklis will do anything to save the Republic, and Snow reluctantly agrees to help—until she realizes that “anything” means sacrificing Veiko. Now Snow must decide whether her partner’s life is worth betraying her allies and damning the Republic to war.

Smoke collected on the belly of the storm. It rose up in slim fingers above the tree line, coiled into a fist when it cleared the ridge. Hung there and spread against the underbelly of the clouds like oil across water.

If a man stood just so, facing into the wind, he might imagine that it was the forest burning. Except this was the wrong season for natural fires. Too cold, too wet, snow underfoot and more waiting overhead. It was the wrong smell, too, for burning trees. The wind brought a firepit stink, flesh and charcoal and dung. Village smells, which most days meant sure shelter, with a storm on the way.

Then that man would peer skyward and consider the clouds, and give thanks to his ancestors that the village was so near and that he had a sackful of tradables to buy his welcome. Snowhare skins, soft and white. A fine rack of antlers he’d taken off a bull elk that had broken through the snow-crust upslope a day ago, weak and furious and an easy mark for arrows.

Good fortune, Veiko had thought then. Meat and hide, horn and hooves. Worth the extra day spent above the trees while the storm

gathered. Worth the weight on the hike down. A stranger did not walk into an Alvir village unchallenged, from the forest, looking like Veiko did. A stranger came by the road, with goods and hands on clear display, his axe on his hip and bow slung on his back.

Except on that road now, there was a column of soldiers jogging toward the crease in the hills, and the smoke, and the village. Their collective breath streamed out behind them like steam off a boiling pot. The standard-bearer’s flag clung sullenly to its pole, wrapped tight against the gusts. Illhari legion, armed and armored and moving fast.

Now Veiko wondered if he’d caught the elk’s unluck. Failed to appease its spirit. Because that was not village smoke collecting there above the trees. Nor was that the smell of village cookfires.

Had Veiko not found that elk, he might have been in the village when the raiders came, and it might be his meat stinking on the wind. He shivered. Perhaps it was not unluck the elk had given him. Perhaps its spirit had repaid him in kind: saved him from a trap and slow death in return for relief from the same.

Beside him, Helgi heaved a deep-chested whine. Protest. Query. Distress, maybe, at the smoke-reek and the movement on the road. Veiko dropped a quick hand to the dog’s head. Glanced sidelong and found Logi halfway out of his crouch, ears up and curious. Logi knew roads meant villages, people, new things, and warm sleeping.

But not that village, not now. Even if he might find walls still standing, or some shelter, the legion wouldn’t welcome him. Tall, pale foreigner, with village houses burned and people dead, no, they would—what was the Dvergiri word for it?—detain him. And likely shoot his dogs. Maybe throw him in chains after and sell him in the city. He’d heard his elders’ tales about Illhari justice. Best he get as far from the road as he could, as soon as he could. There were other villages. Let the raiders come for him, if they felt brave. Let them try to find him at all.

He took a handful of Logi’s scruff. “No.” He winced. Days since he’d used his voice. “Wait.”

Logi sighed and dropped his chin onto his paws. Helgi chuffed and settled back to his belly. And the three of them waited, part of the snowscape, until the last trooper bobbed out of sight.

Snowdenaelikk had just rolled the last of her jenja, lit it, and blown the first smoke that didn’t stink like destruction, when Briel’s sending came. A cascade of jumbled impressions crowded into her skull. A svartjagr’s vantage, above the tree line and moving fast: dizzy twist of tree and ground, a flash of two legs color, the hollow-gut swerve and there, a clutch trio of troopers, marching ragged up the path above Davni. Onetrailed wounded/prey behind the others, who pecked kept heads together. Two male, one female. And because Briel remembered her training: an eyeblink’s focus on the weapons. Plain legion blades, still sheathed. Short javelins in a sling on the larger man’s back. Crossbow on the woman’s. The night-and-blood diamond pattern on the tunics. They were from Cardik’s garrison, that was no surprise. But to arrive at this toadshit village already, this fast—Laughing God, that was.

The sending ended, and the blindness came. Price of a svartjagr’s sending, yeah, count it out in heartbeats. No need for panic. Listen to the sizzle where her jenja had landed, smell the sweet and spice. She thought about trying to find it, pat-pat in the snow. Salvage something of it. Swore instead and crouched, her hands flat to the wall of the ruined temple. Cold stone, slick moss, a dead Alvir god’s face roughing her palms. She waited for the sunrise stages of vision, black to grey to, well, more grey, in the shadowless pre-blizzard twilight. This wasn’t so different than the cave-dark of Below, without witchfire.

Overhead, a whisper of wings and tail. A thump as Briel found a perch in what remained of the temple’s rafters. Soot sifted down from the impact, fresh stinging insult to offended eyes.

Snow blinked tears and blur as her vision crept back. “Fuck, Briel. Kill me someday, won’t you, if you send when I need to see.”

Snow squinted up, scanned the rafters. Stone building, this one, the corpse of a temple gutted during the Purge. The walls still stood, moss- grown on the north sides, the tough mountain spine-vines on the rest. Most of the roof had spilled down between them. The thatch had gone first, collapsed and left a rib cage of crossbeams. Briel’s hide matched the wood’s greasy black. Invisible until she dipped her long neck and stared down at Snow. In the twilight, the svartjagr’s eyes glowed like embers. Like the village had when the last of the fires sputtered to ash. She and Drasan had picked through the wreckage, expecting the odd bit of surviving silver and coin. Instead, they’d found all the wealth you’d expect in an Alvir village on a caravan route, wealth no raiders would have left behind.

Get Your Night Owl Newsletter

K. Eason started telling tales in her early childhood. After earning two degrees in English literature, she decided to stop writing about everyone else's stories and get back to writing her own. Now she teaches first-year college students about the zombie apocalypse, Aristotelian ethics, and Beowulf (not all at once). She lives in Southern California with her husband and two black cats, and she powers everything with coffee.